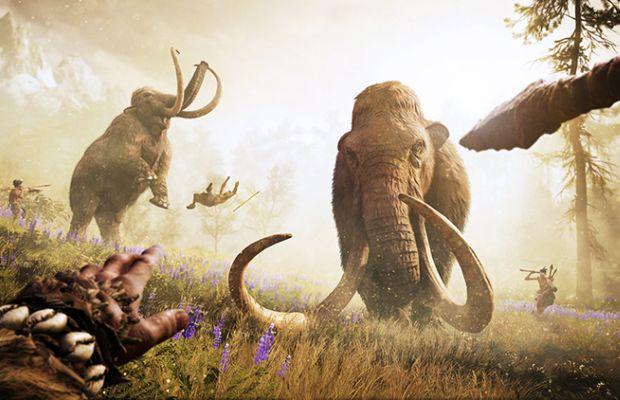 How did hunter-gathers survive?

Stone Age hunter-gatherers had to catch or find everything they ate. They moved from place to place in search of food.

Stone Age people cut up their food with sharpened stones and cooked it on a fire. They used animal skins to make clothes and shelters. After a good day’s hunting people could feast on meat. But the next day they had to start finding food again!

In the early Stone Age, people made simple hand-axes out of stones. They made hammers from bones or antlers and they sharpened sticks to use as hunting spears.

It would be simply impossible to cram millions of years of History in to one session so today we will be focusing on the concept of survival...

So, how did they survive?!

The earliest humans managed to survive by using sharp stone tools to kill animals, such as mammoths. They moved around from place to place in order to stay safe and warm, according to the time of year.

The dead animals provided food to eat and skins to keep warm. Homes were even made using animal skins! Their bones were another useful material for making tools, such as needles, to sew animal skins together... 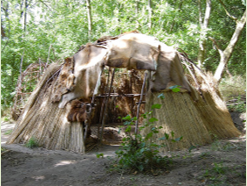 Why was hunting so important?

Animals were the main source of food. They would eat all of the animal. When the meat was stripped off the bones, the bones would be smashed so the marrow could be eaten from the inside. Marrow is high in fat and would have been a good energy source.

Some archaeologists believe that early humans would have cut open the stomach of an animal and eaten their last meal!

A question of life or death...

Good tools were the difference between living and dying in the Stone Age. A good tool meant that you could hunt successfully. The meat and skin could clothe and feed your family. Weapons changed; spears, axes, bows and arrows were developed to make hunting quicker and better. 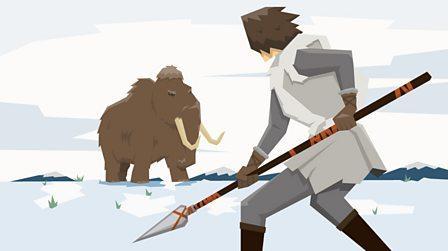 You have just woken up in the middle of nowhere

Using the templates provided, can you put together a survival plan to endure The Stone Age?

You will need to firstly complete the problem solving activity below to prioritise your actions before designing an outfit, a weapon and a shelter...

Use the internet to research further and present your survival plan in your own way!

Extension - Why not write a diary entry about your experience?

The fun continues...learn how to draw a wooly mammoth here!

Or a SABERTOOTH TIGER?!