Can you observe how shadows change?

Big Question – Can I change the size of a shadow?

It was a lovely sunny Saturday.
Having done all her home learning and eaten her lunch, Eva decided to sit out and enjoy the sunshine. Having put on SPF50 sun cream, Eva put her deckchair in the sunniest part of the garden, away from the shadows of the oak trees. 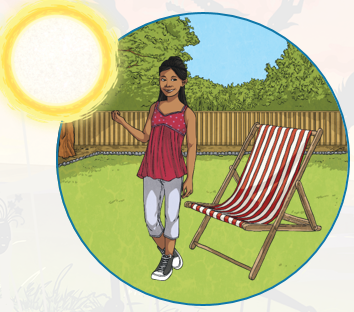 Eva had a relaxing time lying on her deck chair and reading her book. Gradually she nodded off to sleep. Suddenly, she woke up feeling a bit chilly. When Eva had fallen asleep, she was in bright sunshine. Now she was in the shadow of the oak trees. 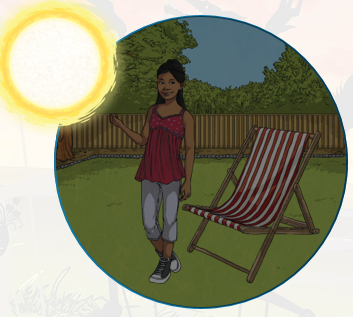 Eva was confused. She hadn’t moved, so why now was she in the shadow?

Light can only travel in a straight line. A shadow is formed when something blocks light. 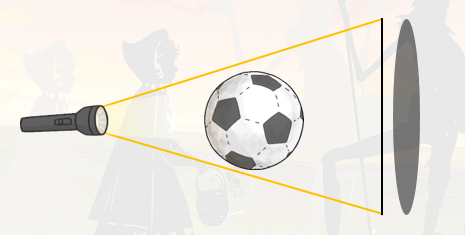 The closer to the light source an object is, the bigger the shadow will be. This is because the object blocks more of the light.

The further away from the light source an object is, the smaller the shadow will be. This is because the object blocks less of the light.

Back to Eva's story

Can you create a short video explaining how shadows can change using objects and your new knowledge? Send them in to Class Dojo for your teacher to see!

If you don't have access to a camera to create a video, why not create a poster about changing shadows?

Listen to the poem by Robert Louis Stevenson read by Billy Connolly. Can you create your own poem about your shadow? Present it in any way that you like and be creative!

My Shadow read by Billy Connolly